The Peak Skyrace is relatively short for the ultra distance, but since it is a Skyrace, don’t expect an easy day out. Over 48km there’s 2000m of ascent, and with most of the route on good runnable trails the time limit of 8hrs keeps you moving.

Starting from the race HQ in Buxton, the excellent route is typical of the Peak District. The first section seemed to go by in a flash, taking in a little bit of everything including woodland, the fell of Axe Edge moor, and some perfect rocky trails. 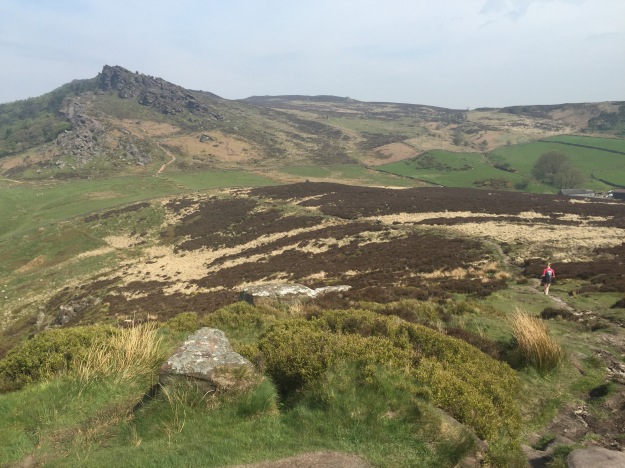 After the first manned aid station at Newstone Farm (about 17k) there’s an ascent leading to the first sight of the gritstone edges of Ramshaw Rocks. From here the route is perfect trail running, a bit rocky, a bit scrambly, some sharp up and some sharp down.

The trail over the Roaches is a ridge run that feels almost alpine, with sandy trails, a smell of warm pine, and 360 degree views. From the self clip at the trig point the route drops past Lud’s Church (a natural chasm) to the next manned aid station at Gradbach scout camp (about 27km). 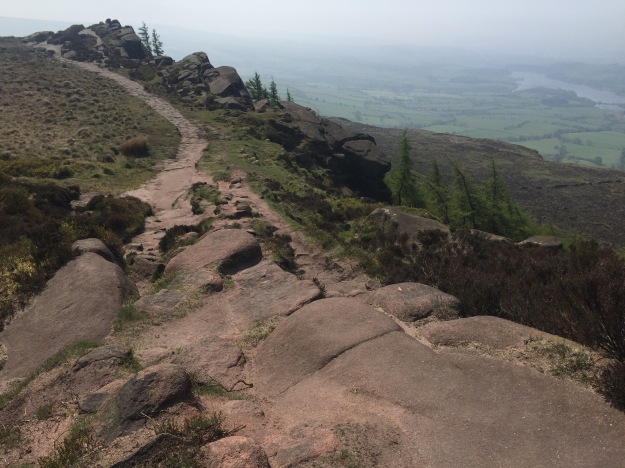 The perfect trail? Part of the ridge run along the Roaches

Leaving the aid station, there’s a fair bit of ascent through pleasant green fields before you see the summit of Shutlingloe (the next checkpoint) on the horizon. I found the ascent to Shutlingsloe hard work, a slog up a steep tarmaced road followed by a tough scramble to the summit itself.

There was plenty of encouragement as the runners passed each other on this out and back section, and I really appreciated the moral support since I didn’t know anyone that had entered the race. 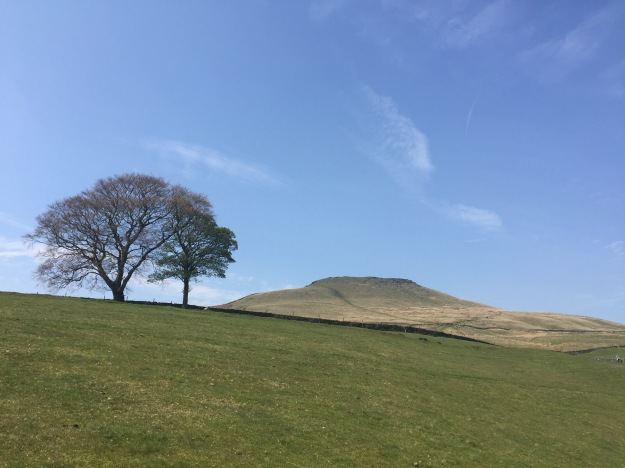 The summit of Shutlingsloe – and the next checkpoint – on the horizon

From Shutlingsloe there’s a long stretch following a stream up a rocky valley to the final aid station at the cat and fiddle (about 37km). This is followed by an out and back to the summit of Shining Tor where the final self clip is slightly hidden from view so it feels like it’s never going to appear. There were a lot of smiles from the people heading down to the people still climbing up!

I was running alone for a long stretch at the end of the race, and was really anxious about going the wrong way. In fact there were small orange paint markers where I needed them, but far enough apart to make me nervous.

The route packs a punch the whole way round, the ascent to Burbage Edge in the last 5km was a challenge at that stage of the race. I was relieved when another runner caught up to me and I was able to run the last mile to the finish line with him. 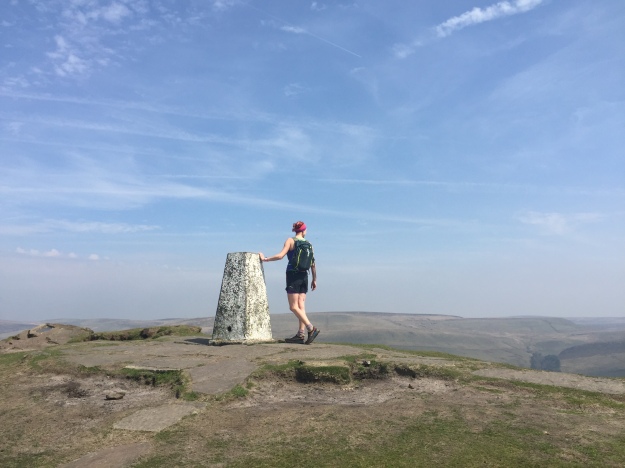 Looking serenely towards the finish during the recce – it was not like that on the day!

This was my third ultra, and although I still have a lot to learn about running this distance, I absolutely loved this race. The atmosphere, the route, the other runners and the marshals were all fantastic. I’d run it again right now if I could and I can’t wait to do it all again next year.

The course was fully marked, navigation was not required and the self clips were easy to find. The three manned aid stations were the perfect distance apart, and the marshalls really looked after us.

Thank you to the organisers, marshalls, and the other runners for a really excellent day.

You can find details about the race and how to enter at the Peak Skyrace website, or if you’re thinking of entering one of the other Skyraces, check out my report from the V3K Welsh 3000s.

I’m looking for my next ultra, ideally round New Year… does anyone have any suggestions…?